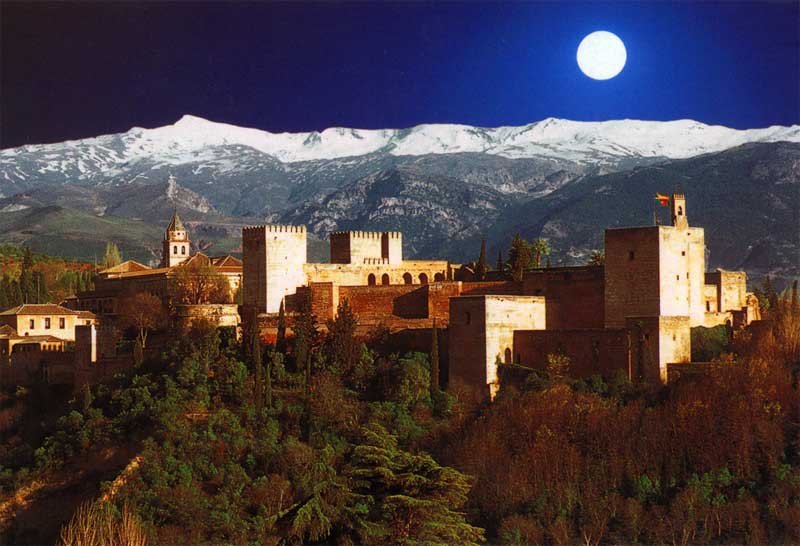 The Alhambra, named for its reddish walls ("qa'lat al-Hamra" Red Castle) is located on top of the hill of al-Sabika, on the left bank of the river Darro, east of the city, opposite the Albaicin and of the Alcazaba.

Its strategic position, from which dominates the city and plains of Granada, suggesting that there were build before the arrival of Muslims. Whole, fully walled, has an irregular shape bounded on the north by the valley of the Darro, south by the al-Sabika, and east by the Cuesta del Rey Chico, which in turn separated from the Albaicin and the Generalife , located on the hill of the Sun.

There is evidence for the first time of it in the ninth century, when in 889 Sawwar ben Hamdun took refuge in the citadel and repair due to civil strife that plagued then the Caliphate of Cordoba, Granada he belonged. Subsequently, this building began to widen and fill, but not until after what would be, as the first monarch Zirids took up residence in what would later become the Albaicin.